In this five part webinar series you will learn how to create a plan of action to effectively develop the key skills you need to stand out to recruiters in today’s job market. Each of these interactive webinar sessions presented by Josh Farr are recorded live so you can be complete the series at your own pace.

Standing out in a 2020 Workforce

Discover how to find opportunities to grow, volunteer, complete virtual internships, find online courses that give you an edge, as well as meet a whole new community of friends, peers and future colleagues.

Learn how to master the top tool recruiters use to find employees – LinkedIn! In Australia, 70% of jobs are not advertised, that’s why using LinkedIn to build your professional network and develop your personal brand is essential to stand out in the 2020 workforce.

Did you know that 93% of making an impression is not what you say? When you meet with an employer, how will you tell your story and show them you’re the perfect fit for the role? In this workshop you will learn skills and tools to use whenever you’re having important career conversations and discover how to become a better communicator.

Between news, social media, on-demand streaming, gaming and checking email, the average person loses more than 21 hours per week. This webinar will give you tools and strategies that will help you take back control of your calendar.

Don’t be caught out by the 7-second rule. Make your first impression count and get ready to impress! 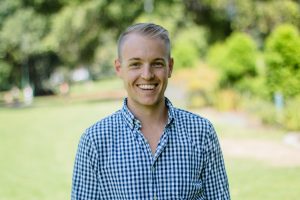 Campus Consultancy
Linkedin Link
Spending his early twenties working as a Civil Engineer and traveling to 39 countries, Josh realized asking, “What will make me happy?” was the wrong question. One day, he instead asked himself, “What can I do to serve others?” Josh returned to Australia to work in education and non-profits with Teach For Australia and TEDxMelbourne before discovering the power of social entrepreneurship. In 2017, Josh founded Campus Consultancy and has since taken more than 10,000 student leaders from 28-universities through his workshops on leadership, entrepreneurship and emotional intelligence. He’s delivered 2 TED talks, lectures the University of Melbourne ‘Social Enterprise Incubator’ course and is a Judge for the Enactus Australia/Enactus World Cup for student-lead social enterprise initiatives.
To learn more about Josh, connect with him on LinkedIn, or visit his website, www.campusconsultancy.org
Back to Login