The power of conversation for social change

Among the momentous protests and political actions witnessed globally, there is a small and powerful tool for social change that is often overlooked: conversations.

Conversations are the cornerstone of human communication. Our everyday lives are framed by conversation. Whether in person or online, they have the power to create meaningful connections, share ideas and act as a unique tool allowing humans to express who they are.

When it comes to behavioural change activism, the first methods people usually consider are protests, demonstrations, direct action and large ‘attention-grabbing’ movements, as noted by Sarah Corbett in her 2017 TED Talk, Activism needs introverts. These can all be extremely powerful tools in achieving change and forcing decision-makers to listen to a group’s message.

Unfortunately, the often loud and disruptive nature of such activities can also lead to some people pushing back against the activists involved and the message being lost amongst the chaos of the action and media coverage surrounding it.

For those heavily involved in activism around a specific issue, it is easy to become so engrossed in the cause and to surround ourselves with people who think and act similar to us that we forgot to consider the target group of our message and how it can best be delivered.

This is where the power of conversation arises. Having those sometimes difficult, personal and intimate conversations with friends, relatives, colleagues and even strangers can be incredibly beneficial in sharing information because people are more likely to accept unwelcome information from people within their community, according to NASA climate scientist Gavin Schmidt in a 2016 New York Times article.

The key to an effective conversation is to first consider your target audience. Who are you trying to get on board and why? Something that seems simple yet is often easily forgotten is empathy and our ability to put ourselves in the person’s frame of mind, their background, their struggles and their daily life. What is the position the person you are speaking to holds? Why do they hold this point of view?

Once you have taken time to consider why a person feels a certain way about the issue, you can begin to frame your conversation in a way that appeals to their values. Think about the person. What do they value most in life? This could be family, weekends away, religious beliefs, their pet dog, good health and more.

Let’s look at climate change as an example and imagine that you are discussing its impacts with your uncle who believes that climate change is a hoax. A 2015 National Geographic article titled Why Do Many Reasonable People Doubt Science? found that on the issue of climate change, continuously repeating the science and facts to some people alienates them further from the cause.

So, here you are speaking to your uncle at a family gathering and he brings up the topic of climate change by citing an article he saw on Facebook about how scientists are supposedly getting rich from sharing ‘the climate change myth’. 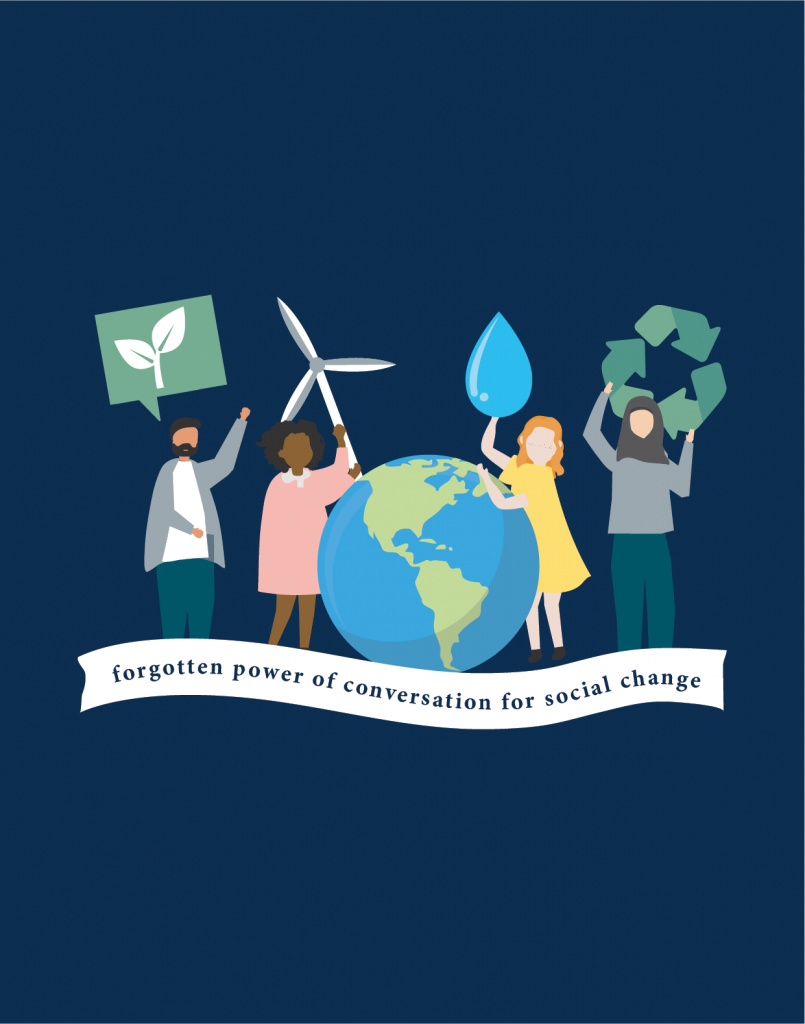 Usually, you may respond with some facts and figures about climate science, query how on earth climate change makes scientist’s rich or question why anyone could believe that people would spread lies to make the planet healthier just for money.

Instead, try to respond in a slightly more inquisitive way. First, find out how they came to see the article. Was it shared by a close friend or colleague? This can provide you with insight into why your uncle values the information presented.

Then, ask what it is about the article that stood out to him? Was it the fact that is stated that someone is spreading lies to make money or something else?

Say that you find out that he is upset because he believes that a bunch of scientists have created this ‘climate myth’ just to profit from the idea. Ask yourself why this piece of information may irritate him. Has he been struggling with financial issues or perhaps he has worked hard to create an honest business and hates the idea of corruption?

After you consider why he believes the information and where his anger stems from you can begin to frame the conversation in a more meaningful way.

A good way to approach this conversation is to switch the ‘other’, who in this case are climate scientist’s, from being an image of greed, lies and deceit in your uncle’s head to an image of a human.

Imagine that he owns his own business as a builder and is incredibly passionate about building safe and practical homes. Talk to him about your friend who is studying environmental science and how the reason that they choose the field is to ensure that people can live in a safe and practical environment for years to come.

This is just one example of many for how you can approach a values-based conversation for social change. While they can be incredibly uncomfortable at first, if everyone dared to have these conversations, the potential for widespread impact is colossal.

Approach each conversation with a sense of empathy for the person you are speaking to and show them that you aren’t there to argue but to discuss and share. Of course, conversations will not always flow smoothly, and some people may be too set in their beliefs to hear another side of the story. But really, what do you have to lose?

And even if they choose to become angry, not listen and quote false facts, you can be proud knowing that you have remained level-headed, calm and open to engaging in a conversation for change.