‘Every black person born in America was born on Beale Street, born in the black neighbourhood of some American city…’

Staying true to Baldwin’s novel, If Beale Street Could Talk captures the atmosphere of Harlem in the seventies, the style and lives of the individuals trying to get by in this era. The story focuses on childhood friends turned adolescent lovers, Tish (KiKi Layne) and Fonny (Stephan James). Tish narrates throughout much of the movie, gently navigating the audience through past and present moments and her relationship with Fonny. It is the couple’s young, passionate love that anchors the film, with interludes delivering their growing affection through beautiful, intimate scenes. These moments are complimented by composer Nicholas Britell’s achingly perfect orchestral tones, the entire soundtrack befitting Beale Street uncritically. This, combined with the sincerity breathed into the roles of Tish and Fonny by Layne and James, creates a chemistry so believable, it feels as though they have actually spent an age in each other’s company. 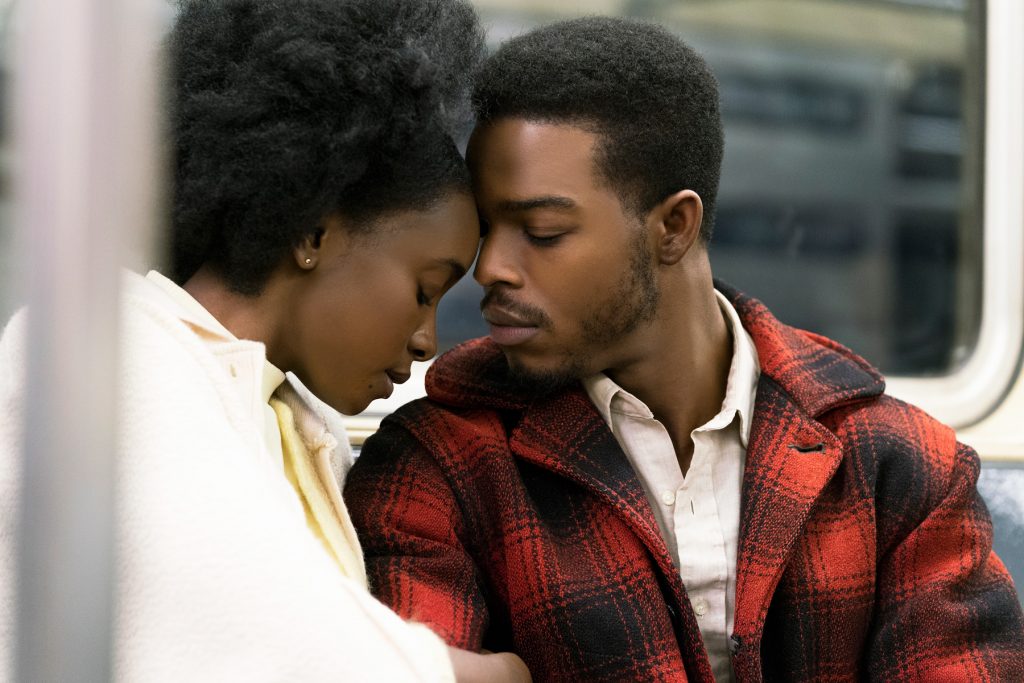 Tish and Fonny’s story is not offered through a simple linear narrative in Beale Street. Rather, memory is used to fill in the present tense which is mostly focused on Fonny’s incarceration. From the outset, we understand Fonny has been wrongfully imprisoned for a violent crime against a woman, Victoria Rogers (Emily Rios). On the other side of the glass, Tish and her family are fighting to find adequate legal representation and prepare for his court case. During this time, Tish also discovers she is pregnant and has to break the news to Fonny and their families. The times are testing for all involved, but these trials reinforce their unwavering love and demonstrate the spirit of community in the face of adversity. Regina King is particularly noteworthy in her role as Tish’s mother, Sharon Rivers. The love she shows for her daughter and unborn grandchild is fierce, and some of the most powerful scenes in Beale Street are delivered by King.

While there are obvious racial tensions in the time and setting of Beale Street, unlike other films that tackle this subject matter, Jenkins does not build the story around the division between black and white people. Instead, he tenderly offers the struggles faced by African-American’s during this period through Tish and Fonny’s lives. Their experiences are what paint the issues and the audience is provoked by tender moments, rather than the violence and pain that other important films portray. Jenkins also offers insight by integrating photographs from the real Harlem of the seventies throughout the film, providing a raw context for viewers and extension to Fonny and Tish’s plight.

If Beale Street Could Talk is undeniably poignant and touching, but it does lack a certain climactic moment that it seems to be building towards, leaving the audience ready to receive a punch that never quite lands. This is not to dissuade viewers, as it is worthy of seeing at the cinemas. What lacks in climax is more than generously made up for in exceptional performances and Jenkins directorial talents. Beale Street is a unique and emotive take on Baldwin’s novel and has been transformed into a memorable film.

If Beale Street Could Talk opens at Event Cinemas on 14 February 2019.