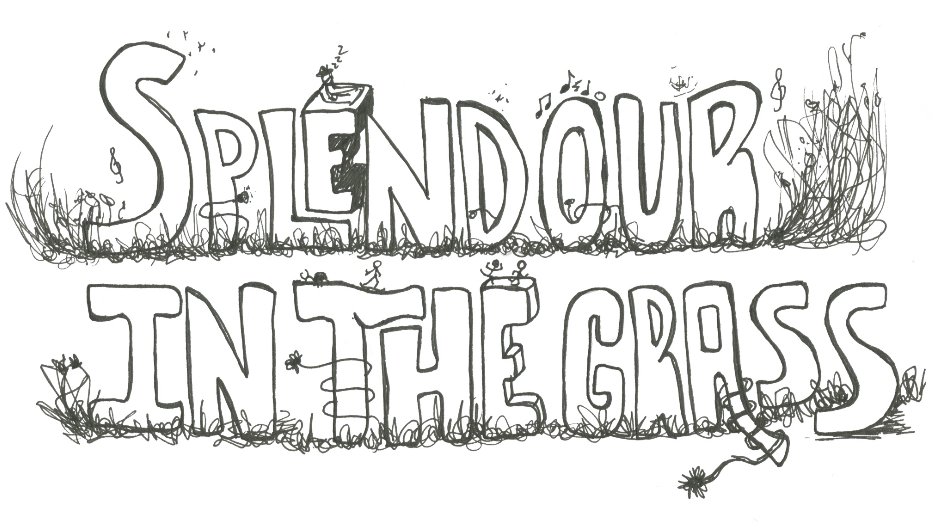 Arguably known as the biggest festival in Australia, Splendour in the Grass once again returned to Byron and brought with it the atmosphere of every punter’s dreams. Hosted at the Byron Bay Parklands, Splendour in the Grass (SITG) is a three day festival filled with infinite activities, a mass-range of music genres, art, showcases, experiences and so much more. A festival like this (which typically sells out within 30 minutes) is not one to miss, especially during your holidays on the verge of heading back to uni for sem 2.

This year, Getamungstit unfortunately didn’t receive a photo accreditation (meaning no pretty photos for you!), but we did get our hot hands on a reviewers pass allowing us full access and an extra in-depth look at all you need to know and more. Photo substitutes (read: rough sketches) included. You’re welcome.

If you missed it, or you’ve always ummed and ahhed about whether or not it’s worth forking out the cash, come with me as I take you through the highlights of my Splendour experience. You won’t be disappointed. 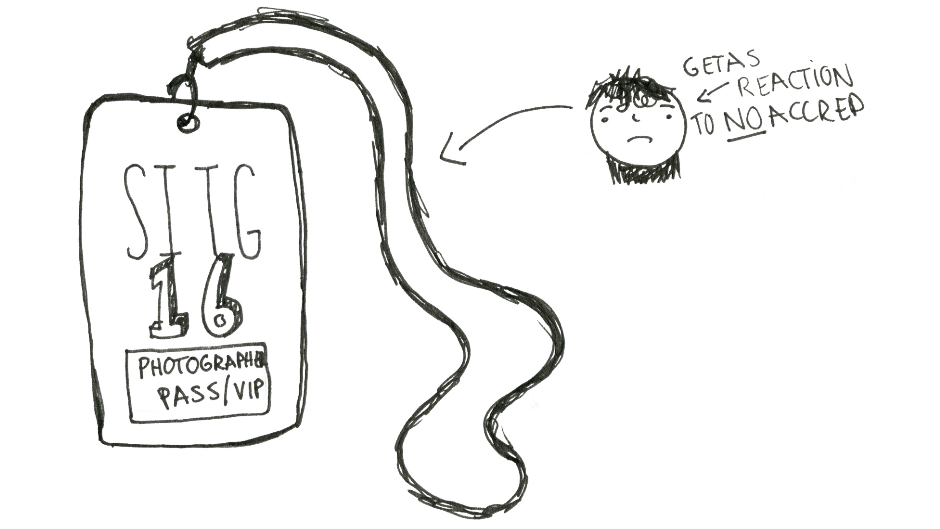 One of the things Splendour is renowned for is the terrible weather. Affectionately known as Splendour in the Mud, I’m sure everybody had their gum boots prepped and ready for the sludgiest festival the winter season brings us. However, this year we struck gold and were gifted with beautiful sunny skies. It was almost surreal. When we first arrived at the festival venue the weather was grim and overcast, so naturally we were waiting for the worst. Then, day one, we awoke to blistering heat and not a cloud to be seen. This ended up both a gift and a curse (yup, you just can’t please us). 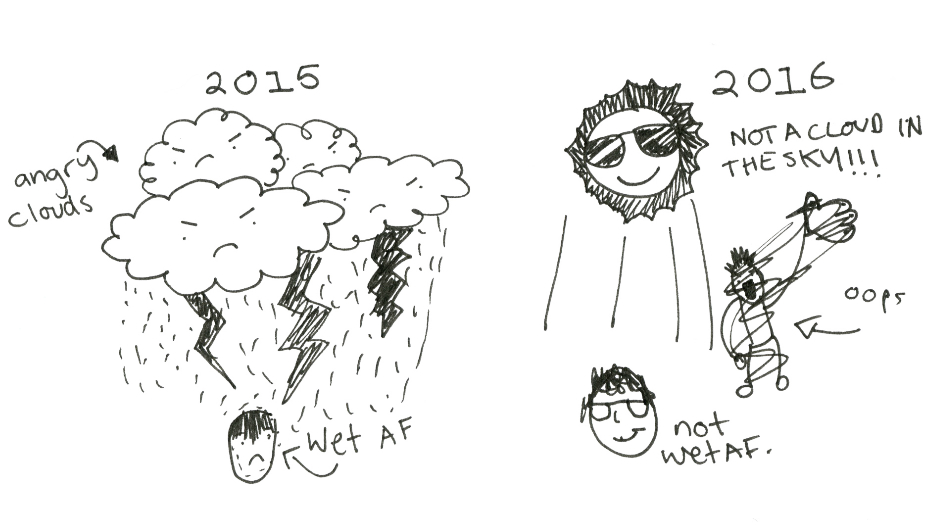 Festival fashion
As we all know, SITG brings the best fashion choices out of (most) of us. Showcasing ones creative side, the unique dress code is evident with a simple turn of the head in any direction. With plenty of planning of course, my outfit choice was paramount. I rocked up with 5 different © Splendour Bender Party Shirts, and mix and matched as I pleased (total fashun, right?). 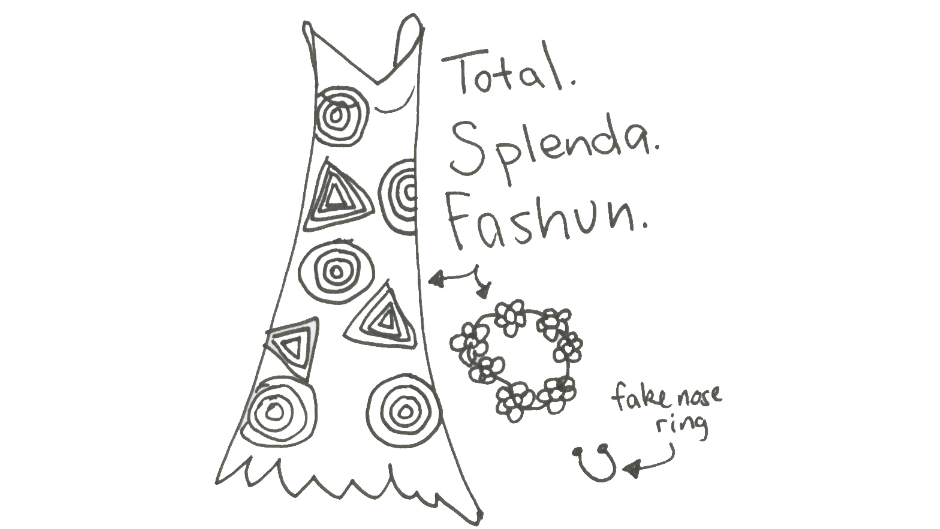 Food and arts
My favourite memories of the festival this year hands down stemmed from the food and arts on offer. Yes, yes “But what about the music?!” I hear you cry. The music is of course the crux of the event and it is the general crowd pleaser, but what makes SITG whole, is the array of arts and food stalls. The icing on the cake. Satisfying every punter’s creative thirst or hunger – similar to Falls Festival (for those that read my review in Geta’s O’Week edition) Nina’s Schnitz once again proved to be THE BEST festival feed. A delicious crispy schnitzel with your choice of sauce AND fresh thick cut chips all in a warm tortilla, ’nuff said. 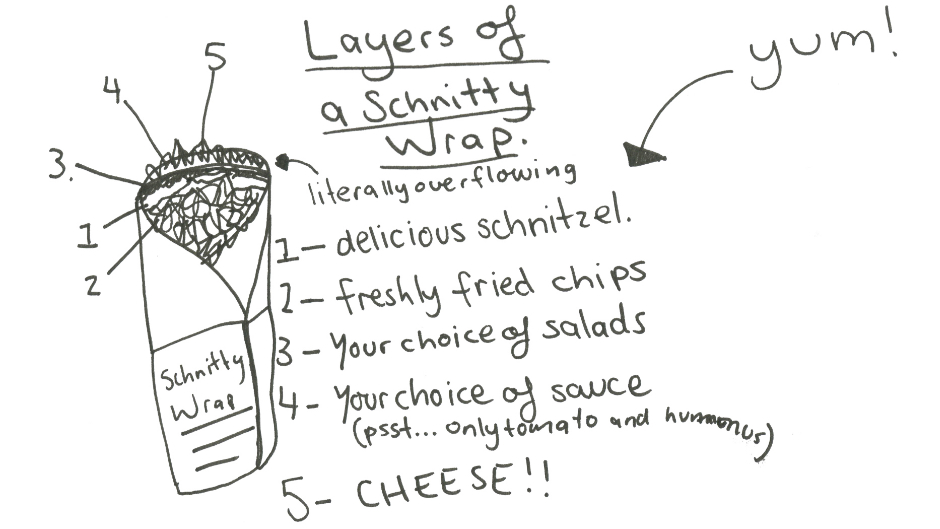 This year Splendour also partnered with Contiki to promote their new adventure ‘Contiki India’. Stoked! Because this meant we were all invited to a mimic of the famous Holi Festival (Festival of Colour). 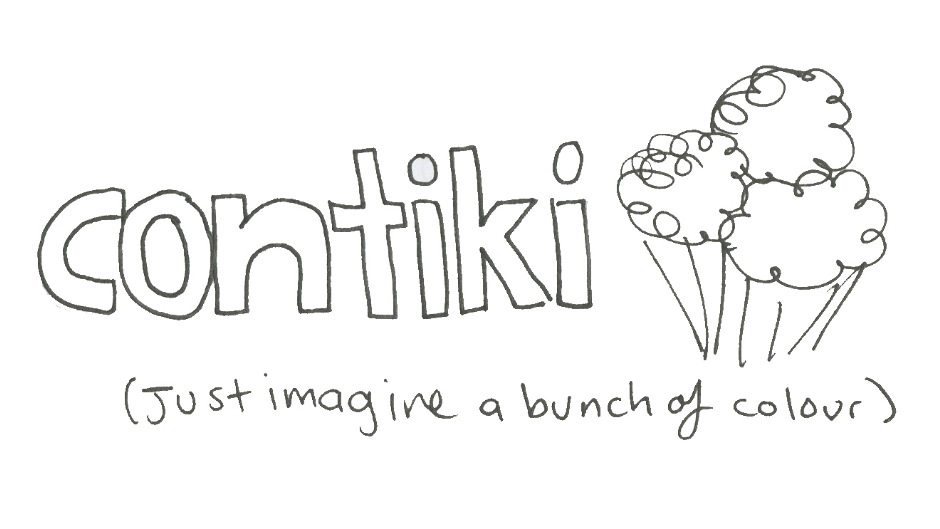 Marigold Majestic (one of the many tents/ stage areas) played host to the mini Holi festival. Dance acts, tunes of Indian influence, multicultural vibes, electric atmosphere. It was absolutely phenomenal. At one point silence blanketed the elated crowd followed by… 10, 9, 8… a countdown that finished with a kaleidoscopic explosion of colour filling the air (and our throats, I couldn’t bloody breathe!). Choking on clouds of colour aside, this was my favourite Splendour 2016 experience, and it’s one of the many reasons I encourage you to get your hands on a ticket next year! Here’s a real pic. Because thank you Jackson Grant Photography. 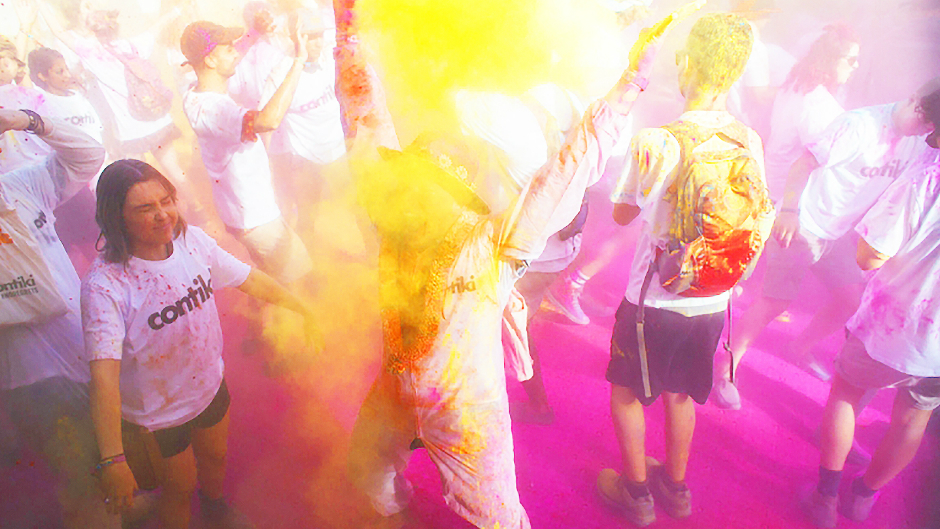 The music
Of course on my big ol’ list of splendid Splendour things is the massive lineup Splendour gave us with a big mix of artists. The best lineup to-date. Fact. Backed up by the opinion of myself and a handful of my closest mates.

Day one
Day one was big. I woke up super excited to see what the day had in store for me, and boy it did not disappoint. After the Marigold Majestic mini Holi festival, I headed straight to the Amphitheater where I was greeted by the sounds of The 1975; a boy-band indie like group suiting the tastes and needs of the dancing punters. Scott Kerr from AllMusic (a website that offers in-depth reviews and information about your favourite artists, albums and songs) was bang on when he once described their music as “a combination of the dark and youthful themes of sex, love, and fear with ethereal alt-rock music.” Hit the nail on the head. This is exactly what was delivered.

Next on the agenda was Violent Soho, an alternative rock band that managed to create the most cohesive mosh pit atmosphere. Everyone was shoulder to shoulder to enjoy what could be described as one of the better pits to opt yourself into. Unless your claustrophobic then a Soho pit is the pit for you. They played crowd favourites such as Viceroy and Covered in Chrome, and kept the crowd moving with incredible riffs and vocals that only they as a band could procure.

My second last set of the night, and another highlight, was The Avalanches. Performing their first ever live audience set and releasing their first album in 16 years at SITG was just a recipe for the perfect crème brûlée. Expectations were met and then exceeded with a mind blowing set. I couldn’t help but groove to the oldies and the newies that this genius band creates. Magic.

Friday Song Recs: The 1975 – The Sound, Violent Soho – Viceroy, The Avalanches – Since I Left You.

Day two
The legendary day two began by watching the line of campers crawl out of their dewy tents in all types of haze. Then it was into preparations for what ended up being a very interesting/hectic day. 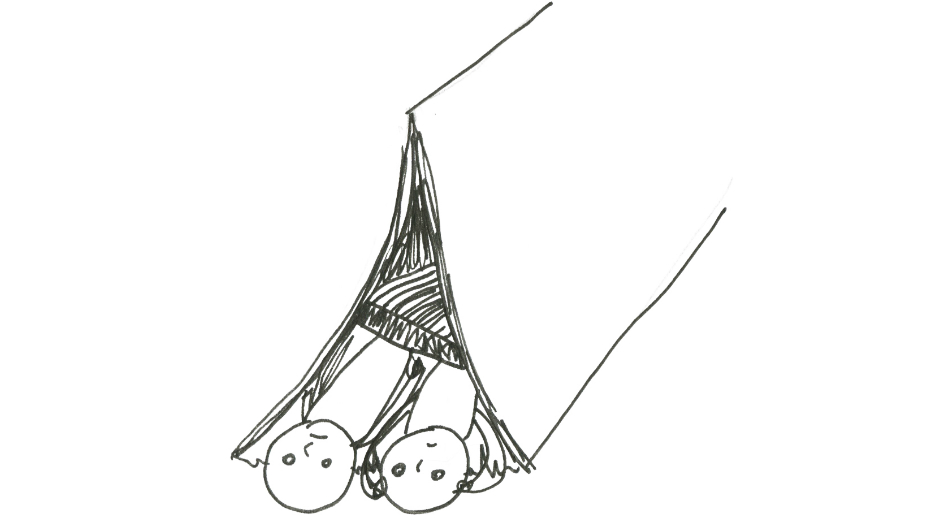 The Saturday of SITG was one of the clashiest days in all of history, and that’s not exaggerating! (Ok maybe a little bit). I somehow had to fit in Santigold, Matt Corby, Sticky Fingers, What So Not, Gang of Youths, Crystal Fighters, Ball Park Music, King Gizzard and the Lizard Wizard… There’s about six more I’d like to mention but then I’d just be naming Saturday’s entire lineup. 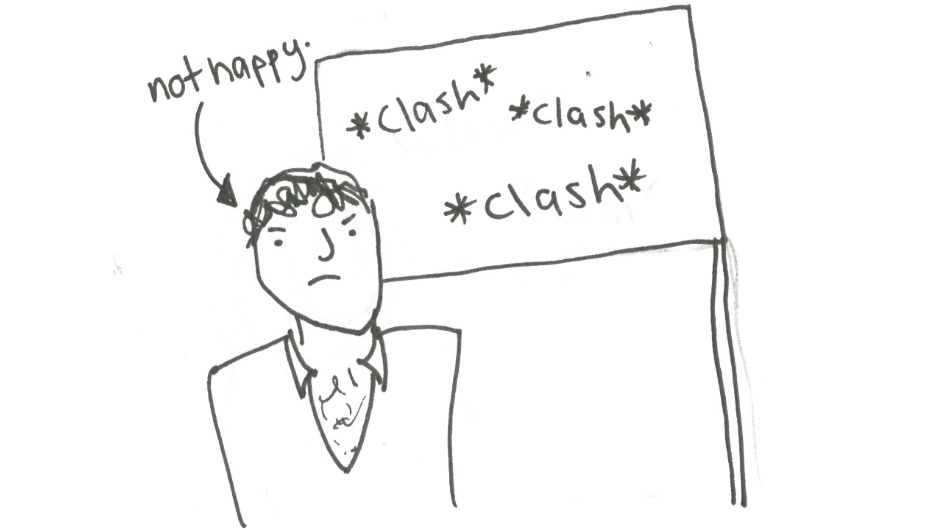 Though I will only highlight a few, this whole day was absolutely crazy. Every single act that I had the privilege of watching proved their popularity is all well deserved, each demonstrating an inherent love for their music.

Before I kick things off with Gang of Youth’s phenomenal set, I want to touch on Szymon. An artist whose life tragically ended too soon. A collective of artists got together this day to peform Tigersap, which was Szymons unreleased album from a while back before his passing. This was a heartfelt and heartbreaking ceremonial performance and tribute to Szymon. Rest In Peace. 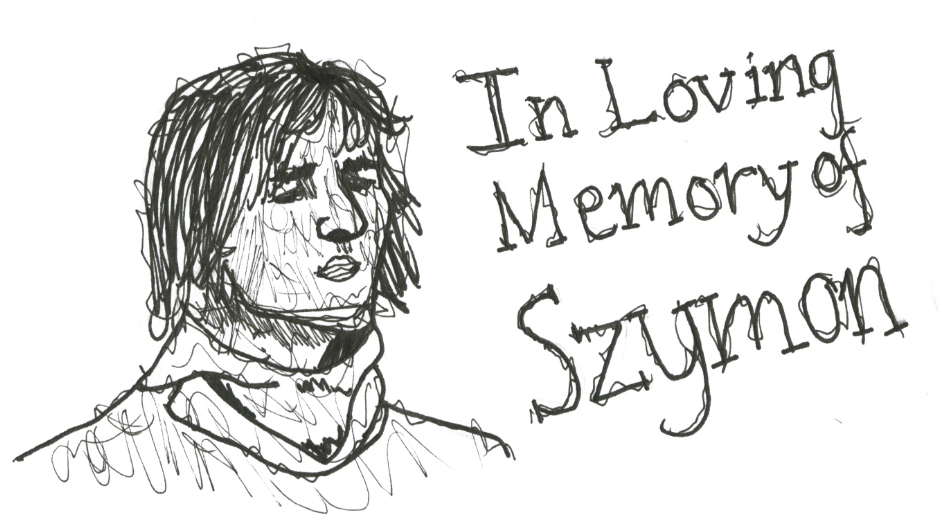 Gang Of Youths produced the best quality of music you can ask for from a live performing band. They started things off with the single off their second EP Strange Diseases – an absolute anthem reveled by the live audience. Thousands upon thousands of festival goers chanted to the chorus and joined in unison to what I will remember for years to come. As always, Gang of Youths continue striving to perform better and better every single show. Proven with their epic SITG set. It was a privilege to witness these artists in their element, playing their hearts and souls out to the crowd.

The day ended up a bit of a blur – it went so quick! Oddly enough, I found myself not really following my original plan of attack to see the bands I wanted to see. Instead I went with the flow and joined in wherever the wind whispered my name. At the end of the day it just so happened to lead me to Santigold’s final three songs.

Santigold (pronounced SARN-TI-GOLD) created the most living festival atmosphere I’ve ever been a part of. I arrived to a jam packed tent of continuous movement. Santigold wore a white tracksuit with her face imprinted all over it. It was an absolute party tent. Hundreds of people were joining her on stage, and the whole ecstatic vibe pulsed through my body making me move without even trying.

Day three
To wrap things up in a routinely Splendour way, I watched the hazy punters exit their tents, another tinny in hand, for the final time.

There are three artists I want to talk about from Sunday. James Blake, Golden Features, and Tegan and Sara.

Tegan and Sara, a classic Canadian duo who formed back in 1995, performed their widely known poppy hit Back In Your Head to get the crowd into it from the get-go. I want to give a special mention to this duo mostly because of their crowd interaction. You would imagine that their backup careers are being comedians; they were that good. Besides that, they performed great and those who knew who they were had a fantastic time.

Next up was Golden Features, a mysterious masked producer who started off his career via SoundCloud. With tens of thousands of plays on his four track EP within the first few days of its release, there was sure to be some big talent oozing from the guy. Oh boy, was there some talent. I’m still literally blinded by the ridiculously crazy light show that accompanied Golden Features’ performance. I managed to plant myself a seat on a barrier in the very middle. Luckily there was a security guard who didn’t want to keep getting up and telling people to get off. The seat situation however didn’t really last considering all I wanted to do was move thanks to Golden Features’ captivating performance and oh so dance-worthy tracks. 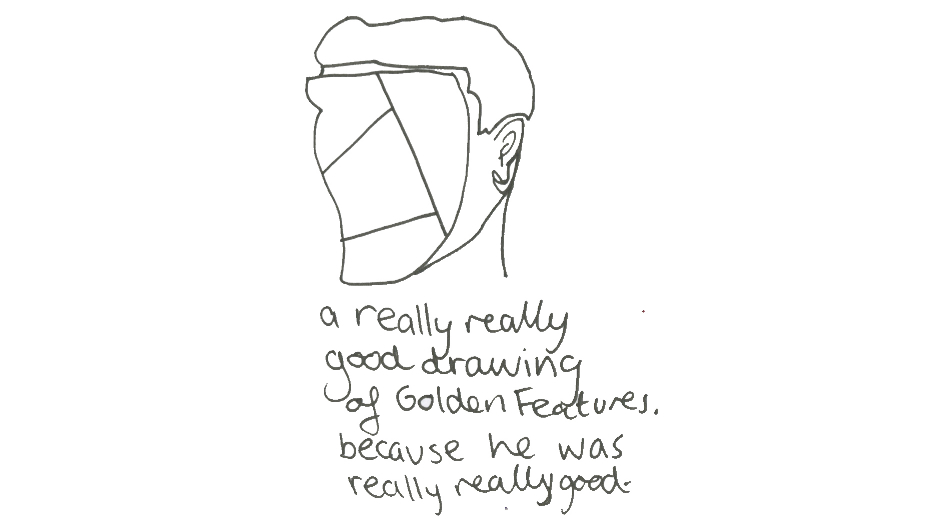 James Blake, who I have been following since the early days of Enough Thunder was my most anticipated act of SITG16. I’ve sat through plenty of acts gobsmacked before, but I genuinely sat watching James Blake with my jaw planted on the floor. The entire time. An array of light and intensifying bass set the scene for this three piece band performance. Playing a mixture of songs from The Colour in Anything and Overgrown, James Blake showed us all what feeling live music is really about. No seriously, the bass vibrated my whole body.

Oh, and a quick shout out to this shady little comment near the end of Blake’s set. He said “I’d just like everybody to know that this is all live, no computers, no pre-recorded loops. Just raw live music.” I took it as a small stab at event organisers for not placing him on a bigger stage as a main act.

Overall Splendour In The Grass 2016 was everything I hoped and dreamed it would be. That festival everybody waits for every single year, eyes sparkling with anticipation and fingers above the keyboard at the ready. Fantastic music, delicious food, contemporary arts and an unforgettable experience. Good weather, good friends… and overall? Splendour In The Grass Was just… f***ing phenomenal.