Selection to the Australian teams is an outstanding achievement for these Griffith athletes. Joining the Australian men’s team are Austin Campion, Jason Beeton, Will Bird, Josh Walker and Kyle Lotz. Representing Griffith in the women’s side are Sophie Quirk, Ellen Field, Laura Waldie and Stephanie Rutherford. Of the Griffith contingent, eight of the nine athletes are enrolled at the Gold Coast Campus.

Griffith University has a solid track record in rugby sevens with the men’s and women’s teams taking out first and second, respectively, at the 2017 Australian University Games. The University also fielded the most student players in the prestigious Aon Uni Sevens Series.

GUGC Sport has a firm commitment to supporting students in the pursuit of sporting excellence on and off campus. As such, the Guild has provided financial support to offset some of the costs for airfares and accommodation incurred by the Griffith team. A special thanks to the Griffith Uni Colleges Knights Rugby Union club for providing the sports medicine supplies and to UniSport Australia for the coaching and overall support. 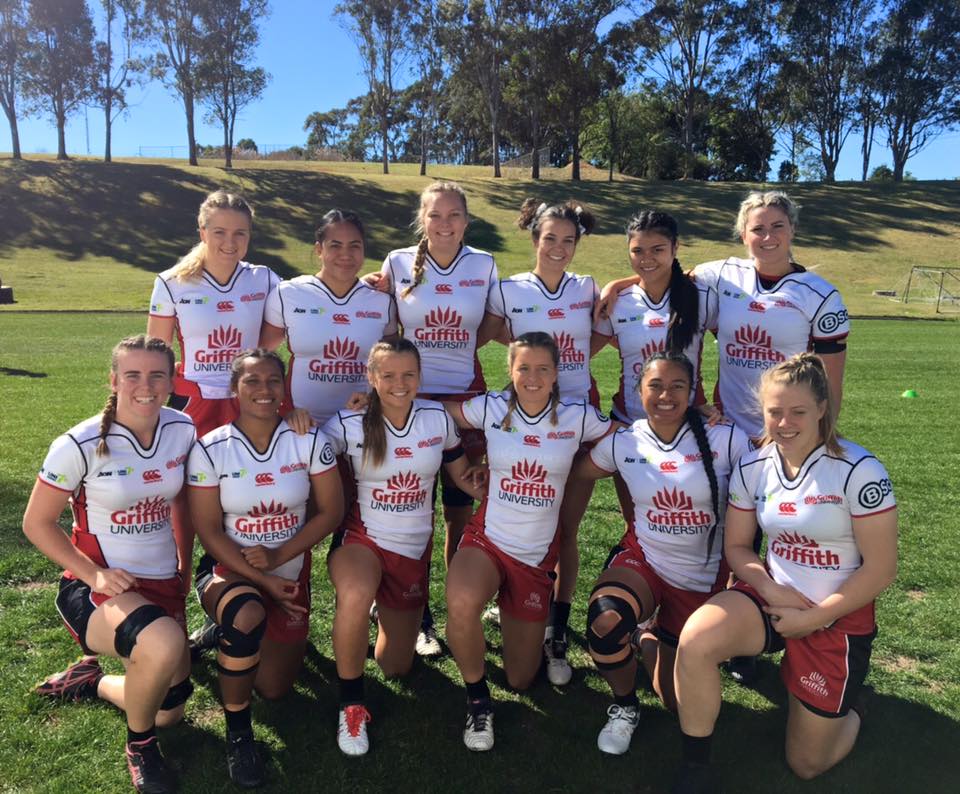 The squad will leave Australia on 8 July to spend a few days acclimatising in training camp before the championship kicks off on Thursday 12 July in the first matches of their round robin style campaign.

Hickman says that the teams are looking forward to the competition. ‘To be able to represent their country is just taking it to the next level and building on their previous experiences’ she says.

‘With it being held in Namibia we can expect the African countries to field strong teams, but many teams are currently performing well at the World Series events; the game is developing rapidly around the world’.

‘It’s a short game, if we take someone lightly even for a minute that could lose us vital positions. Obviously we’re going for gold, but any medal would be a great achievement’.

Keep up to date on the teams’ progress by following @GUGC Sport on Facebook.

You can watch live action from the World University Rugby Sevens Championship here.